Cleaner and cheaper
ride with CNG

Environmentally friendly – CO2 emissions from CNG are about 25% lower than for petrol. Only carbon dioxide and water vapour remain from the combustion of CNG while in the burning of petrol also poisonous carbon monoxide, nitrous oxide, hydrocarbons, carbon black and other fine particles are released in addition to CO2. Because natural gas is transported through pipeline there is less wear and tear on roads and railways and noise and vehicle exhaust are avoided.

A pioneer for future fuel – CNG is pioneering biomethane which is a renewable source of energy and an important future fuel. Biomethane is a purified biogas, equal in quality to natural gas and thus can be transported through the same pipelines. Biogas is produced during the fermentation process of garbage, animal waste and sewage sludge. 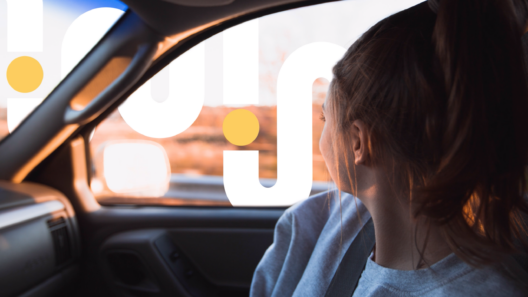 More CNG vehicles – The CNG car contains a bi-fuel engine powered by both gas and petrol. When the gas runs out the car automatically switches to petrol. CNG vehicles are produced in factories alongside traditional cars, ensuring their safety and effectiveness. Many large automotive companies now include CNG vehicles in their model line-up.

Refuelling is simple, clean and safe. EU Member States have established minimum requirements for CNG refuelling infrastructure. The goal is, by 2025, to cover the EU main road network with CNG filling stations at least every 150 km. In Latvia, CNG usage is poised to take off and Elenger aims to be part of that development.

The number of CNG vehicles has grown considerably in the world over the last decade – about 18 million in use.

Most well-known car manufacturers offer passenger cars, commercial vehicles, buses and trucks directly from the factory with compressed gas engines. As far as we know today, Amserv Group, Moller Auto, Keil M.A., Auto 100 AS, AS Topauto, Reval Auto Esindused OÜ, AS Autospirit, AS Silberauto, IV Pluss AS, Scania Estonia have all been preparing for the sale of compressed gas vehicles.

Is CNG available in Latvia?

In Latvia there are two CNG stations (Jēkabpils and Rīga) and soon one more in Babīte. EU clearly supports and pushes member states for the deployment of alternative fuels infrastructure. Elenger also intends to be part of the CNG development in Latvia.

What happens if the gas runs out and the gas station is far away?

Passenger cars running on gas are usually bivalent – using two fuels. If the gas runs out, you can continue driving with petrol – until the next gas fuelling station.

Are there restrictions on use of CNG cars?

There are no restrictions on the use of CNG cards. Compressed gas cars can be used the same way as petrol and diesel cars in garages, tunnels, on ferries, etc.

How far can you drive on one tank?

The car’s compressed gas tank capacity is usually 15-25 kg. Today’s middle-class bivalent passenger car consumes an average of 3.8-5 kg of natural gas for 100 km, so gas can be used to travel for about 400 km; there is also the additional petrol reserve.

Is the maintenance of a CNG car more expensive?

Maintenance is comparable to petrol driven maintenance, as the additional gas supply system is practically maintenance-free.

Is a CNG car economical?

A car with a CNG engine is very economical. The savings per kilometer are about 50% lower for a medium-sized passenger car compared to petrol and 25% compared to a diesel car.