Since 2015, the sulfur content in marine fuel used on the Baltic Sea must not exceed 0.10 %. To meet the requirement, ship operators have three options: start using low sulfur fuel, install scrubbers or switch to LNG (liquefied natural gas).

LNG provides an efficient combination of ecological and economic benefits, thus allowing both to save on fuel costs, as well as to meet environment protection requirements.

Ask for the offer

LNG is the cleanest marine fuel, the use of which is growing rapidly throughout the world. Using LNG also reduces noise and vibration on board.

The European Union has also adopted a plan of action for the development of a LNG bunkering network by 2025.

The new LNG bunker vessel is being built by the Dutch shipyard Damen Group and will be delivered early 2021.

The ship will load LNG in the Baltic Sea region terminals for distribution in the Baltic area. It will predominantly operate in the Gulf of Finland area.

The vessel will be capable of carrying out bunkering operations both in ports and on sea, at designated anchorage points.

Elenger provides TTS bunkering service in Tallinn harbour in Estonia and Helsinki and Hanko harbours in Finland. Our nine semi-trailers produced by the leading German manufacturer Gofa, are equipped with powerful Cryostar 1000 l/min pumps that allow the bunkering to be carried out in 45 minutes. In one month, we conduct an average of 65 bunkering operations.
We are the sole LNG supplier and LNG bunkering service provider to Tallink Megastar, a shuttle ferry launched on Tallinn-Helsinki route in January 2017.

The number of LNG ships is growing 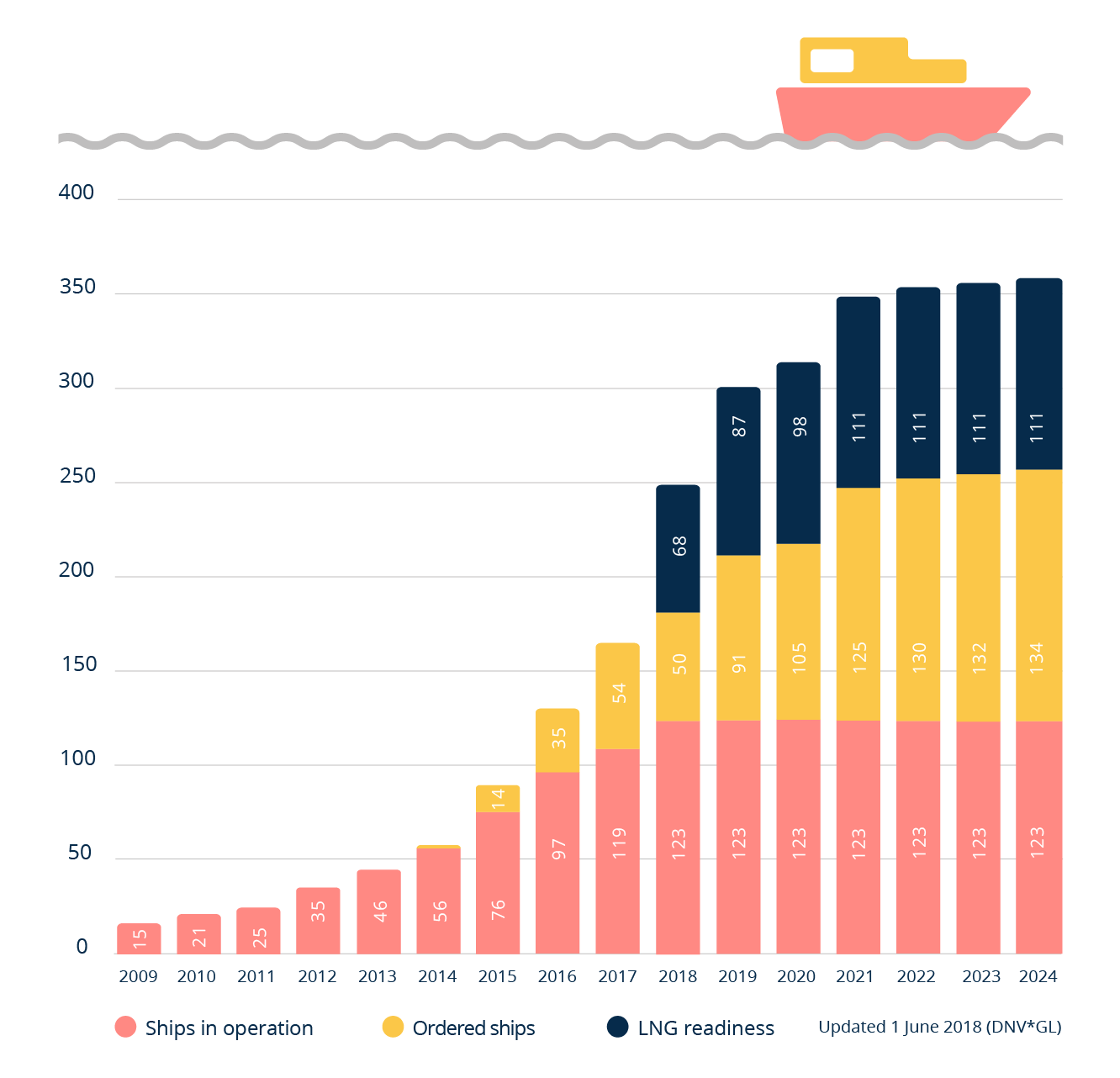 The use of LNG as marine fuel ensures compliance with the requirements for emissions set by the International Maritime Organization and the European Union.