Elenger has acquired one tenth of the Finnish gas market

According to the new sales contracts concluded so far, Elenger has taken more than a tenth of the Finnish gas market, which will open for free competition for the first time tomorrow, on 1 January 2020. 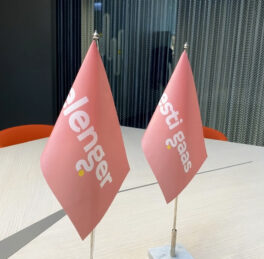 Kalev Reiljan, member of the management board of Eesti Gaas (parent company of Elenger), says the Finnish gas market is undergoing major changes. “The ones to benefit the most from the emergence of the free market and the current changes are large-scale clients in Finland, but the Baltic gas market will also feel positive effects,” Reiljan noted.

“The gas market, which is larger than before, uniting four countries today (Finland, Estonia, Latvia and Lithuania) creates better opportunities for all market participants and boosts innovation,” Reiljan added.

“Over the entire year, Elenger has been making extensive efforts in the Finnish market for the acquisition of new clients, and our next goal is to double our current position in the nearest future so that we achieve 20% of the Finnish natural gas market,” Reiljan stated.

In Estonia and Latvia, the gas market opened in 2007 and 2017 respectively. Eesti Gaas holds one tenth of the Latvian gas market. As of the beginning of the new year, Eesti Gaas will be an official market maker of the GET Baltic gas exchange, which includes Finland, Estonia, Latvia and Lithuania, becoming the only one to have originated in Estonia.